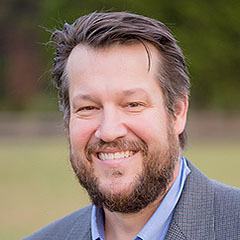 Rick Burgess is co-host of the Rick & Bubba Show, a nationally-syndicated radio program heard by more than a million listeners a week. He has co-authored several New York Times best-selling books, and his latest release, co-written with Andy Blanks, is a 40-day devotional for men titled How to Be a Man. Rick has appeared on major media TV shows as a guest commentator and has served as a regular speaker at youth and marriage conferences. Learn more about Rick at his website, burgessministries.com.