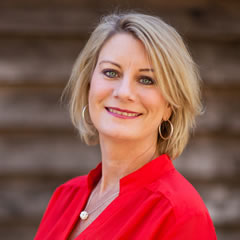 Lisa Robertson and her husband, Al, are members of the famous Robertson family who is featured on the highly popular A&E reality television show Duck Dynasty. Lisa and Al share a speaking ministry in which they have addressed audiences at churches, marriage retreats and seminars for more than 15 years. The couple has co-authored a book titled A New Season, and they are currently working on a couple's devotional book due to be released in early 2016. Lisa has also co-authored The Women of Duck Commander along with her sisters- and mother-in-law. Al and Lisa have two grown daughters and six grandchildren. Learn more about Lisa and Al at their website, alandlisarobertson.com.