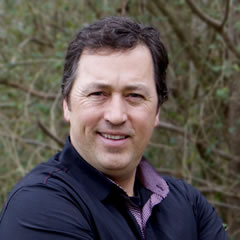 Al Robertson is the eldest son of Phil Robertson, the founder of the successful Duck Commander brand of duck-hunting merchandise and the head of the Robertson family who is featured on the highly popular A&E reality television show Duck Dynasty. Al helped his father build the foundation of the family business and recently returned to it after serving in full-time ministry for more than 25 years. Al made his first appearance on Duck Dynasty during the show's fourth season premiere and has become known as the "Beardless Brother" of the family, whose men are known for their long beards. Al and his wife, Lisa, have two grown daughters and six grandchildren. Learn more about Al and Lisa at their website, alandlisarobertson.com.