What We Believe (Part II of II)

Gifted author Frank Peretti brings the foundational truths of Scripture to life, illustrating how the Christian worldview stands apart in a world of moral confusion. (Part 2 of 2)

The rise of religious "nones"

Living in a "post-truth" society

How to think or what to think?

An outline of biblical history 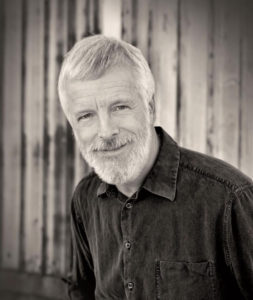 Frank Peretti is a best-selling author with more than 15 million novels in print, including his especially popular works, This Present Darkness and Piercing the Darkness, which, with their tales of spiritual warfare, have continued to captivate readers for several decades since their publication in the 1980s. In all, Frank has penned over 25 books for audiences of varying ages, including the best-selling series for children, The Cooper Kids Adventure Series. In 2000, he released his first non-fiction book, The Wounded Spirit, which dealt with the problem of bullying. Frank and his wife, Barbara, make their home in rural Idaho. You can follow Frank on Facebook and Twitter.

View all broadcasts with Frank Peretti.