Walking Through the Healing Process

Based on his book 7 Ways to Choose Healing, Stephen Arterburn offers practical tips for how we can walk through a process of healing successfully. Those tips include connecting with others, learning to take risks again, and forgiving those who have hurt us.

How to get past the past

Listen: "How Do You Forgive Evil?" 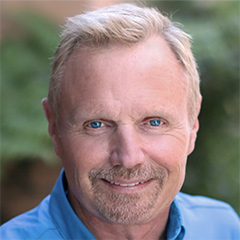 Stephen Arterburn is the founder and chairman of New Life Ministries and host of the No. 1 nationally syndicated Christian counseling talk show New Life Live! heard and watched by more than three million people each weekday. He is a teaching pastor at Northview Church in Carmel, Indiana, an internationally known public speaker and has served as a guest commentator in national media venues such as Inside Edition, Good Morning America, CNN Live and many others. Stephen is a best-selling author whose books include Healing is a Choice, Toxic Faith and 7 Ways to Choose Healing. He has been nominated for numerous writing awards and has won three Gold Medallions for writing excellence. Learn more about Stephen at his website, stevearterburn.com.

View all broadcasts with Stephen Arterburn.