Turning My Life Around

In this recorded presentation, Dennis Rice (deceased) shares his incredible testimony of coming to faith in Jesus Christ after being imprisoned as a follower of the notorious cult leader and convicted killer Charles Manson.

Healing the wounds of emotional abuse 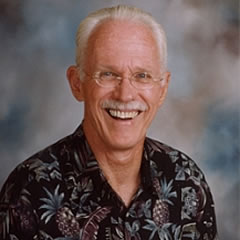 Dennis Rice (deceased) was a follower of the notorious cult leader Charles Manson, and was imprisoned for trying to break Manson out of jail. While serving his sentence, Dennis became a Christian and an evangelist to his fellow inmates. After he was released, he continued to minister to prisoners, sharing his incredible testimony of coming to faith in Jesus Christ. Dennis passed away at age 74. He is survived by his wife, Linda, and six grown children.

View all broadcasts with Dennis Rice.