Pouring into the Lives of Your Grandkids

Grandparents are an integral part of the family, passing along wisdom, faith, and love. While many of the "rules" of grandparenting are timeless, some of the games have changed. Chrys Howard and Shellie Tomlinson will help you better understand the unique role you have in supporting your adult children and influencing your grandchildren.

How to bond with your grandkids

Grandparenting from a distance As a writer and a former senior editor for Howard Publishing (now Simon & Schuster), Chrys Howard has had a hand in the publication of more than a 100 books with a million copies in print in six languages. She has authored nine books herself, the latest of which include Rockstar Grandparent, You and Me, Daughter, and Big Hugs for Grandmas. Chrys hosts a radio show called It’s a Mom Thing and personally mentors young moms through an organization her sister created called Heartfelt Ministries. Chrys and her husband, John, have three grown children including Korie Robertson, a star of the popular TV show Duck Dynasty. The couple also has 14 grandchildren. Learn more about Chrys at her website, chryshoward.com.

View all broadcasts with Chrys Howard. 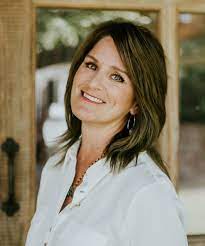 Shellie is the fun-loving host of the All Things Southern podcast who lives to help hungry hearts feast on Jesus through humor and storytelling. She is a popular humorist, speaker, and country cook. Shellie is the author of the award winning nonfiction humor titles Suck Your Stomach In and Put Some Color On, Sue Ellen’s Girl Ain’t Fat, She Just Weighs Heavy, Heart Wide Open and Hungry is a Mighty Fine Sauce.