Overcoming Adversity Through Faith and Sports

Former WNBA All-Star Tamika Catchings-Smith discusses some of the challenges she's faced, including being bullied as a child and suffering hearing loss, and inspires listeners as she explains how her faith and perseverance have helped her achieve her dreams.

How to develop a resilient mindset

Helping kids bounce back from setbacks

Empowering your child to deal with bullies 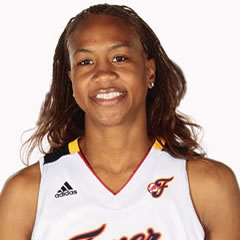 Tamika Catchings-Smith is a legendary former professional basketball player who led her team, the Indiana Fever, to the WNBA playoffs 13 times and to a championship in 2012. Her numerous career highlights include winning the WNBA Defensive Player of the Year Award five times and the MVP Award in 2011. She was selected to 10 WNBA All-Star teams, and when she retired following her 16th season, she was the league’s No. 2 scorer and all-time rebounder, as well as its career leader in free throws and steals. In 2020, Tamika was honored for her many incredible achievements by being inducted into the Women’s Basketball Hall of Fame. She is now a popular public speaker, a highly regarded community leader, and a board member for the organization she founded, Catch the Stars, which helps empower young people to achieve their dreams by providing programs that promote literacy, fitness, and mentoring. Learn more about Tamika by visiting her website, tamikacatchings.com.

View all broadcasts with Tamika Catchings-Smith.