Comedian Kenn Kington celebrates funny family moments as he shares memorable experiences he's had with his wife and children.

50 games and activities to do with your kids

Understanding your child's personality – and yours too! 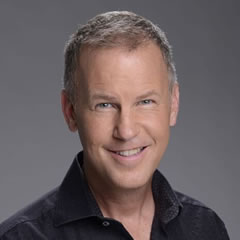 Kenn Kington is one of the most popular comedians on XM radio, and has filmed multiple comedy projects that have aired on countless cable networks, including Comedy Central. A former salesman for a Fortune 500 growth company, he now serves as a motivational speaker to hundreds of companies, as well as numerous churches around the nation. Kenn has written two books on relationships and is finishing up his first book directed toward the corporate world. He and his wife have been married more than 20 years, and they have three children. Learn more about Kenn by visiting his website, www.kennkington.com

View all broadcasts with Kenn Kington.