Identifying Triggers in Your Marriage (Part II of II)

Based on their book Marriage Triggers, Amber and Guy Lia discuss common, everyday things – from house cleaning and backseat driving to workaholism and lack of intimacy – which can provoke anger and tension in marriage. Our guests explain how couples can identify those 'triggers' and deal with them in a healthy way. Jim Daly's wife, Jean, joins the conversation. (Part 2 of 2)

Identifying the negative feelings behind conflict

Free video series: FIght Your Way to a Better Marriage 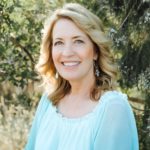 Jean Daly is a wife, mother, and an advocate for children in foster care.  She is a volunteer for Maple Star Colorado, an independent, non-profit organization providing foster care, clinical, and community support systems.  Jean and her husband Jim have shared their home with foster children – both short and long term – since 2011. Jean also gives her time to the Flying Horse Foundation, helping provide Equine-Assisted Learning for children who have experienced trauma.  She is very active in a local church, and also enjoys hiking, glamping, and life with their two young-adult sons.

View all broadcasts with Jean Daly.