Identifying Triggers in Your Marriage (Part 2 of 2)

Based on their book Marriage Triggers, Amber and Guy Lia discuss common, everyday things – from house cleaning and backseat driving to workaholism and lack of intimacy – which can provoke anger and tension in marriage. Our guests explain how couples can identify those 'triggers' and deal with them in a healthy way. Jim Daly's wife, Jean, joins the conversation. (Part 2 of 2)

Identifying the negative feelings behind conflict

Are bad manners causing conflict in your marriage? 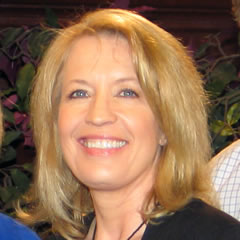 Jean Daly became a Christian in 2nd grade and rededicated her life to Christ at 17. She attended the University of California at Davis and earned her degree in Biology from the University of Colorado at Colorado Springs. Jean has been married to her husband, Jim, since 1986; they have two boys.

View all broadcasts with Jean Daly.