National sports TV host Ernie Johnson Jr. shares his story of finding faith in Jesus Christ and navigating the challenges of putting that newfound faith on public display. He also talks about trusting God with his career and leaning on Him through a cancer diagnosis.

Why keep praying for unanswered needs 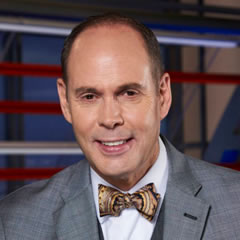 Ernie Johnson Jr. is an Emmy-Award-winning sports broadcaster and journalist for Turner Sports and CBS Sports, who is often most recognized for hosting TNT's Inside the NBA with Charles Barkley, Kenny Smith and Shaquille O'Neal. He recently released his autobiography titled Unscripted: The Unpredictable Moments That Make Life Extraordinary, which offers an unprecedented look at his extraordinary sports career as well as his life off camera. Ernie and his wife, Cheryl, reside in Georgia and have six children. You can follow him on Twitter: @TurnerSportsEJ.