Finding God on the Streets (Part II of II)

Pastor Dimas Salaberrios shares his remarkable testimony of coming to faith in Jesus Christ after he spiraled out of control as a young drug dealer whose life was consumed by addiction, violence and crime. (Part 2 of 2)

The vicious truth about drug addiction and alcoholism

A scriptural journey for Lent 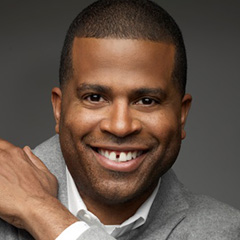 Pastor Dimas Salaberrios a faith leader, film producer, prayer warrior and author.  He is the founder and former pastor of Infinity Bible Church in New York City, and the President Emeritus of Concerts of Prayer Greater New York. Dimas has been on the frontlines of the earthquakes in Haiti, and Hurricane Harvey in Houston. After the shootings in Saint Paul, Dallas, Charleston and Paris, Dimas organized believers to infiltrate the protests and pray with hurting people.  He has also organized prayer during the George Floyd protests in Minneapolis and New York City. His directorial debut is titled “Chicago: America’s Hidden War,” (https://www.chicagoshiddenwar.com) and he co-produced the documentary film “Emanuel.”  Dimas is married to Tiffany and has three daughters. Learn more about Dimas by visiting http://thedynamiclifeministry.com/pastor-dimas/

View all broadcasts with Dimas Salaberrios.