Engaging the Culture in Winsome Ways (Part 2 of 2)

In this conversation, Philip Yancey shares inspiring stories from his decades-long experience as a journalist. He describes how you can be a bridge to the Gospel in a culture that’s thirsty for the Good News. Tune in to hear how three types of Christians in particular – pilgrims, activists, and artists – can serve as conduits of God’s grace. (Part 2 of 2)

Art and the Christian: Common pitfalls

Listen: "Be a Bold Witness for Christ" 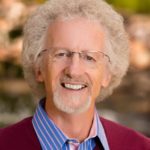 View all broadcasts with Philip Yancey.