New York Times best-selling author Ann Voskamp describes how her painful past has helped shape her spiritual journey and find a richer, more fulfilling relationship with God in a discussion based on her book The Broken Way: A Daring Path Into the Abundant Life.

Answers for cutters from the Bible 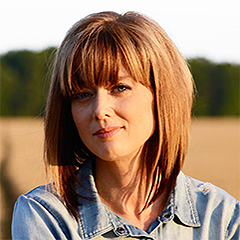 Ann Voskamp is the author of several New York Times best-selling books including One Thousand Gifts, which has sold more than a million copies and has been translated into 22 languages, Unwrapping the Greatest Gift, and The Broken Way. She has written articles that have been published in several major publications and was featured in Christianity Today as one of the 50 leading women who are most shaping the culture and church today. Ann and her husband have seven children. Learn more about her at her website, annvoskamp.com.

View all broadcasts with Ann Voskamp.