In a discussion based on their book 9 Lies That Will Destroy Your Marriage, Drs. Greg Smalley and Bob Paul describe how cultural myths and fairy-tale expectations about marriage have a detrimental effect on couples, and how knowing and applying biblical truth can help those couples develop a thriving marriage. (Part 1 of 2)

A healthier understanding of oneness in marriage

How to reconnect when you're lonely in marriage

Dr. Greg Smalley serves as the vice president of Marriage at Focus on the Family. In this role, he develops and oversees initiatives that prepare individuals for marriage, strengthen and nurture existing marriages and help couples in marital crises. Prior to joining Focus, Smalley worked for the Center for Relationship Enrichment at John Brown University and as president of the National Institute of Marriage. He is the author of 12 books including Crazy Little Thing Called Marriage and Fight Your Way to a Better Marriage, and he is the co-author of The DNA of Relationships for Couples.

View all broadcasts with Greg Smalley. 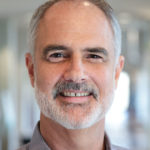 Robert Paul is Vice President of the Focus on the Family Marriage Institute. He’s also a licensed, professional counselor and a popular public speaker at conferences and enrichment events around the world. Robert is a co-founder of Focus on the Family’s Hope Restored program that ministers to couples experiencing difficult marriage problems. He has appeared on numerous radio and TV programs and has co-authored four books, the most recent of which is titled 9 Lies That Will Destroy Your Marriage. He and his wife, Jenni, reside in Missouri and have four grown children and six grandchildren.

View all broadcasts with Robert Paul.