Coaching Your Kids Through the Teen Years

Dr. Gary Chapman gives you some insight into the teen years. He explains how teens are developing the ability to think logically and are learning to process anger. Dr. Chapman shares methods to help teens learn to apologize, forgive, and nurtures an attitude of service in them.

What you need to know about your teen's brain

Deciphering the clues of teen depression

Free video series: Navigating a Toxic Culture With Your Daughter 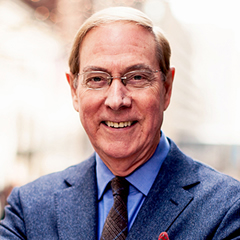 Dr. Gary Chapman is the senior associate pastor at Calvary Baptist Church in Winston-Salem, N.C. He’s also an international public speaker and the best-selling author of numerous books including The Five Love Languages which has sold more than five million copies and has been translated into nearly 40 languages. Dr. Chapman holds several academic degrees including a Ph.D. in adult education from Southwestern Baptist Theological Seminary.

View all broadcasts with Gary Chapman.