Be a Bold Witness for Christ

John Cooper of the popular rock band Skillet encourages listeners to stand strong for the Christian faith and to defend Biblical truth while he shares inspiring stories about how his own faith has grown over the years as he's witnessed the powerful work of God in his life. 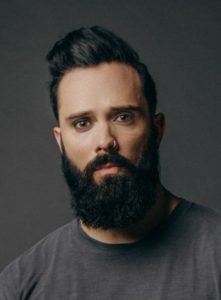 John Cooper is the lead vocalist, bassist, and songwriter/producer for the highly popular rock music group Skillet. The band has released 10 studio albums which have sold more than 12 million units worldwide, with two of those albums – “Collide”(2003) and “Comatose” (2006) – receiving Grammy Award nominations. Skillet has been inducted into Pandora’s Billionaire Club after garnering 2 billion streams, and their breakout single “Monster” remains one of the most-streamed rock songs of all time. John’s wife, Korey, is a backing vocalist, rhythm guitarist, and keyboardist for the band. John and Korey have been touring together for the entirety of their 20-plus years of marriage and live in Kenosha, Wis., with their two children. Learn more about John and check out his “Cooper Stuff Podcast” at johnlcooper.com.

View all broadcasts with John Cooper.