An Abortion Survivor's Story of Forgiveness

Claire Culwell’s birth mom was just 14 years old when she gave birth to her daughter after an abortion procedure that took the life of her twin in the womb. In this amazing conversation, Tonya Glasby shares about her decision to place Claire for adoption. Jim Daly sits down with Tonya and Claire to discuss the circumstances of the abortion attempt and how – through forgiveness - God has healed their relationship and emboldened them to speak out for preborn babies. 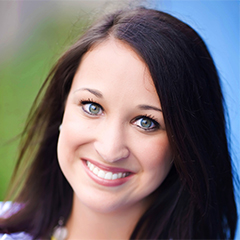 Claire Culwell is an abortion survivor with a miraculous story. When her mother became pregnant at age 13, she had an abortion, but weeks later realized she was still pregnant. It turns out she had had twins, and only one of the fetuses was aborted, leaving Claire as a survivor. Claire’s mother gave birth to her, and Claire was adopted shortly after. Today, Claire shares her miracle testimony nationally and internationally for churches, fundraising banquets, and college events. She has also been featured in the national media on Fox News and many other news outlets.

View all broadcasts with Claire Culwell. 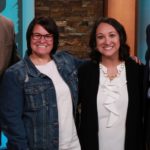 Tonya is married and has four children. She lives with her family on a ranch in Oklahoma.

View all broadcasts with Tonya Glasby.