A Man Called Norman (Part I of II)

On this classic program, a favorite among Focus on the Family listeners, Mike Adkins tells the humorous and poignant story of his efforts to befriend and share the Gospel with his neighbor Norman, a social misfit who was mocked by virtually everybody in their small town. You’ll hear how God not only changed Norman, but also changed Mike!

On pursuing kindness, human and divine

Listen: "Caring for Your Neighbours During Coronavirus" 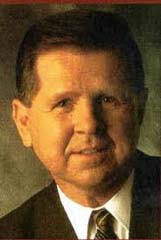 Mike Adkins is an evangelist, singer and songwriter who has performed in Holland, Indonesia, China, Brazil, Russia, Poland, Scotland, Australia, England and South Africa. He has recorded several music albums, including the best-seller “Thank You for the Dove.” He has appeared on more than 300 national TV programs and is the author of the classic book A Man Called Norman (published by Focus on the Family in 1989). He and his wife, Carmel, reside in Illinois.

View all broadcasts with Mike Adkins.